Historical Models Then and Now 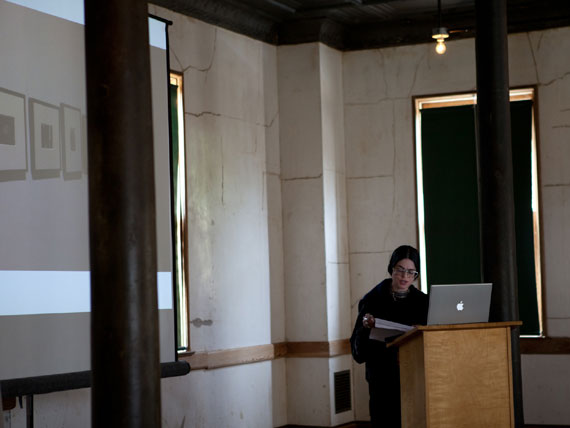 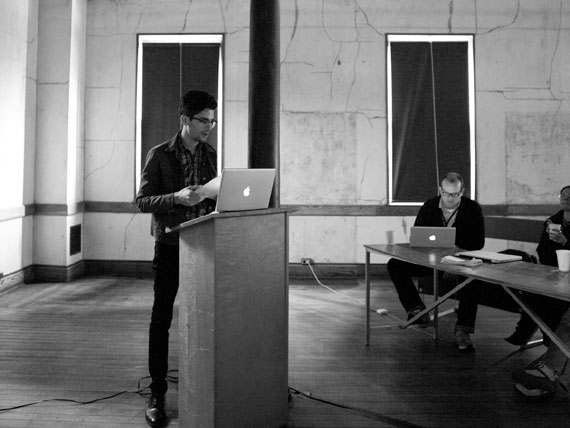 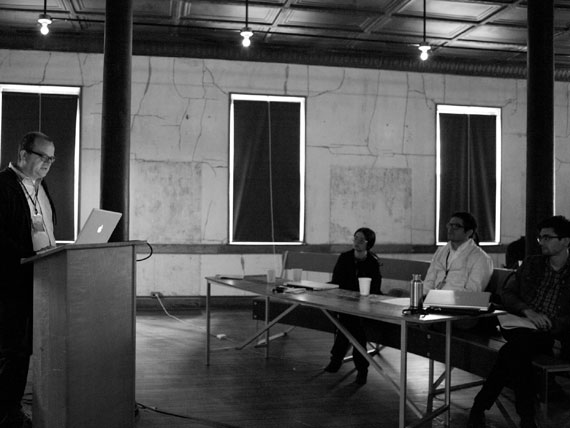 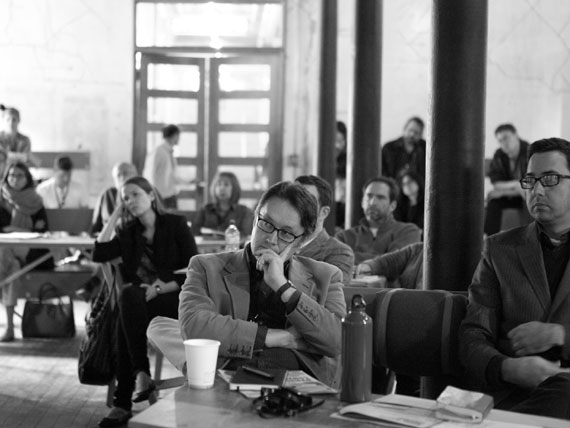 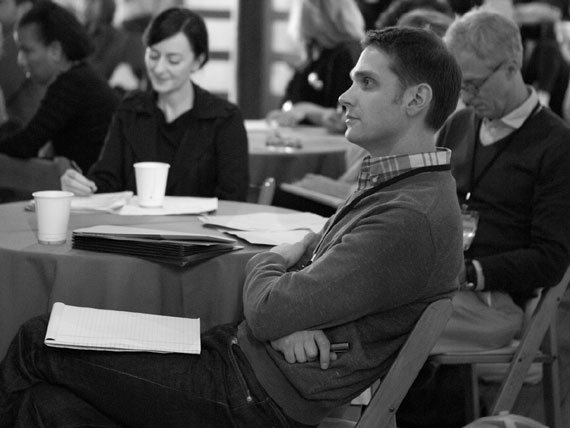 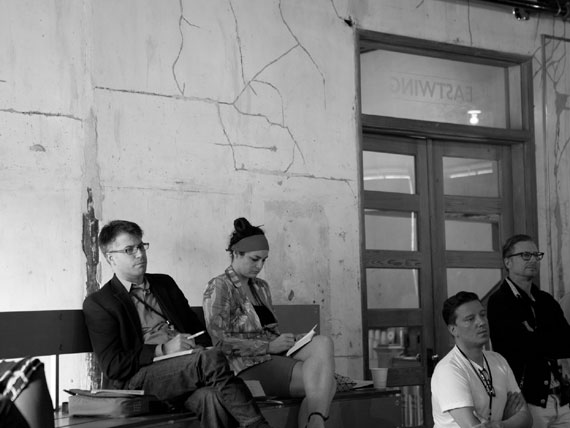 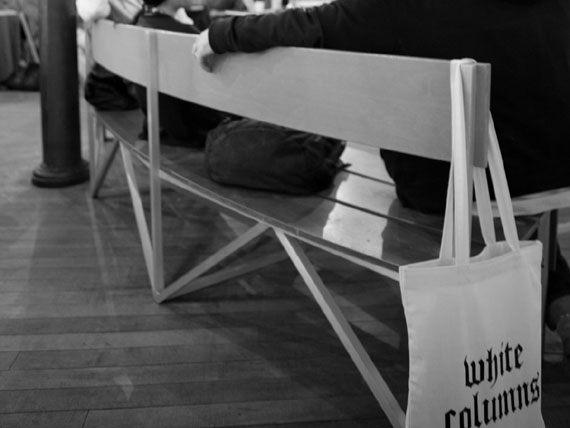 Historical Models Then and Now is a discussion of the past, present, and future of alternative spaces. This session will take as its starting point three presentations by representatives of venues that are equally inspired, informed, or the inheritor of a particular model, and the modes of artistic production they engendered. A discussion with attendees will follow. Lia Gangitano is director of Participant, Inc. Matthew Higgs is an artist and writer as well as the director and chief curator of the New York City nonprofit art space White Columns. Peter J. Russo is editorial and program director for Triple Canopy.

The morning began with individual presentations by the session leaders Lia Gangitano, Matthew Higgs, and Peter J. Russo, followed by an open discussion.

MOCADA: Do you feel that your spaces have a mission or an agenda—an idea or a vision—that you want to communicate specifically, beyond providing a platform for artists? Are there “marching orders” for your audience?

Higgs: Suggests reading Julie Ault’s Alternative New York because it establishes a history of alternative cultural spaces—he goes on to talk about how formalizing as a structured organization required the ability/necessity of justifying organizational relevance, in terms of hoop jumping.  Notes that because public “money diminishes every year, there is an increasing degree of liberty where one doesn’t have to explain oneself.”

Higgs: “I have no interest in the audience—what happens after is something I cannot control.  I try to create a context that is compelling.  It is hard to anticipate in advance the value of our work—and it is actually foolish to do so.  Hopefully the work finds its register later.  You can’t put that on a funding application.”  He goes on to talk about the irony of a conversation in the past with a funder who had never been to White Columns, but who would have the authority to decide whether or not they would be funded.

Storefront for Art & Architecture: The audience is the artist in many ways.  The directors are mediators.  But are we trying to produce the “Golden Lion” artists or are we trying to create change in society?  (Here the respondent is referring to a comment that Higgs made when he noted that Lutz Bacher had her first show at White Columns and had gone on to achieve great success, including winning the Golden Lion at the Venice Biennale.)

Real Art Ways: But there is a larger question here about mission—not so much about the audience—and other responsibilities, such as education and outreach.  Bureaucratic structures can go well with a larger mission.

MOCA Tucson: It seems like a luxury to only focus on the artist’s work.  In Tucson, our mission is to inspire new ways of thinking—we have to work hard to make the work relevant to audiences who may not know about it.

Cabinet:  Told a story about how the NEA had slashed funding to Cabinet, citing an organizational lack of ambition and desire to grow bigger.

Higgs: “Our primary concern is to maintain our distinctness—it is vital that we remain radically independent of each other and resist homogeneity, which is what funders want.  It is important to remember that these organizations don’t have a permanent right to exist.” Reference to the now defunct New Langton Arts.  “It isn’t extravagant to focus on the artist—its modest.  My goal is that artists leave and say that they had a great experience.”

Higgs continues: “We have to assume that the work we are doing is the most important work possible, right now.  From that position you will find support and I believe that you can do it anywhere.” Reference to a previous comment about the difference between New York organizations and small regional organizations.

Someone asked about how these organizational missions are translated historically.

Higgs: White Columns was documented in a hard copy book at nine years.  Everything in the printed archive is also archived online.

Gangitano: Noted that documentation online is characterized by permanence and ephemerality at the same time—establishing a print anthology coming in the fall.

Bringing the conversation back to New Langton, someone commented that there should be a “hospice” arrangement for failing nonprofits.

Real Art Ways: You need to think in terms of geographic limitations.  In smaller communities, there aren’t competing alternatives to fill the space of absent or declining spaces.

MOCADA: Consider a certain level of evolution. I would like to present art in a pure place, without having to define our goal and addressing larger social/political issues, but I can’t.

MOCA Tucson: We focus on little ways of shifting people out of their comfort zone.

Higgs:  I don’t feel weighted down by the history of White Columns.  I am aware that the history is extraordinary.  Right now is a historically reflective moment—this is only a problem if new artists don’t find a way to disrespect older models.  The primary concern has to be going forward. 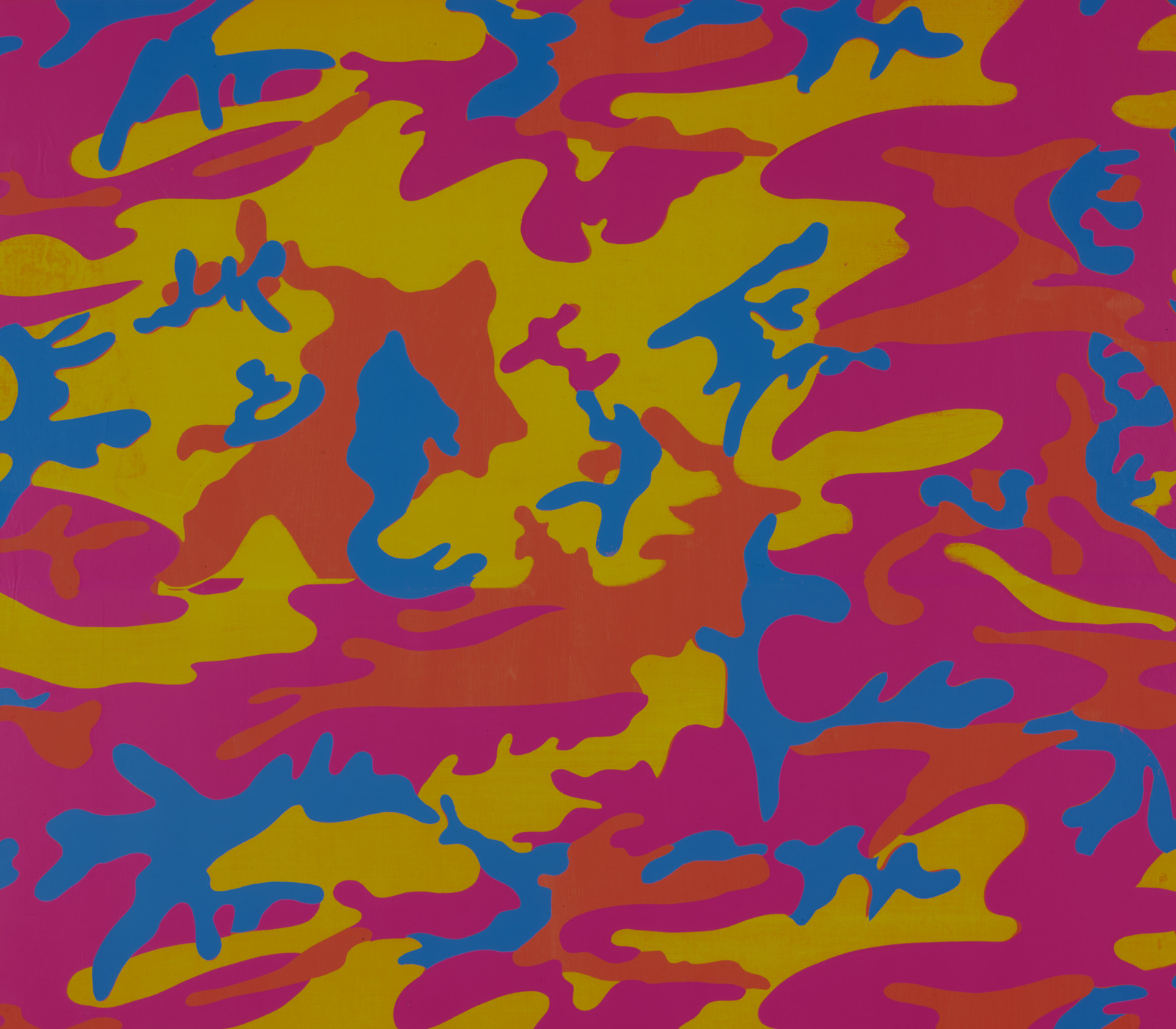