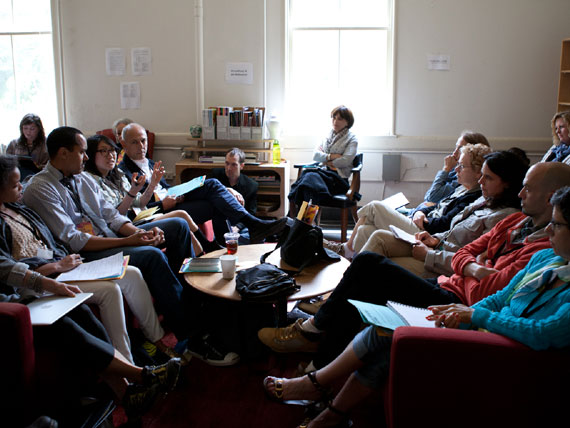 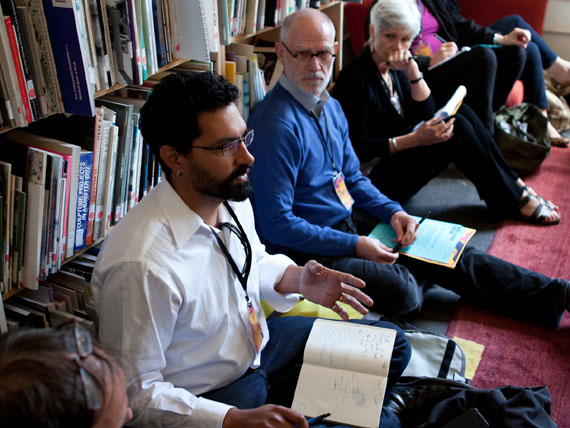 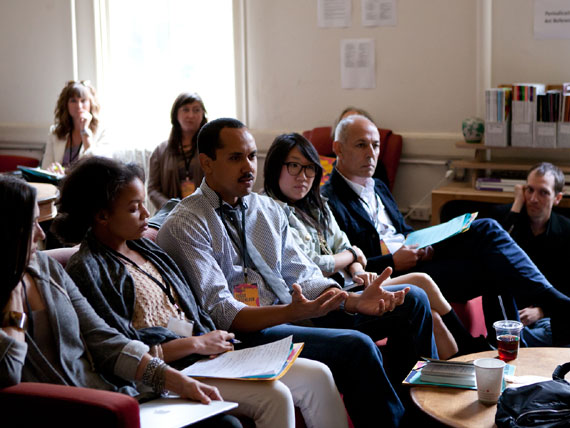 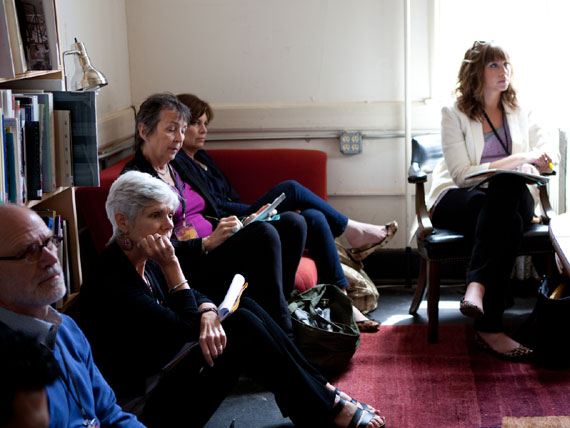 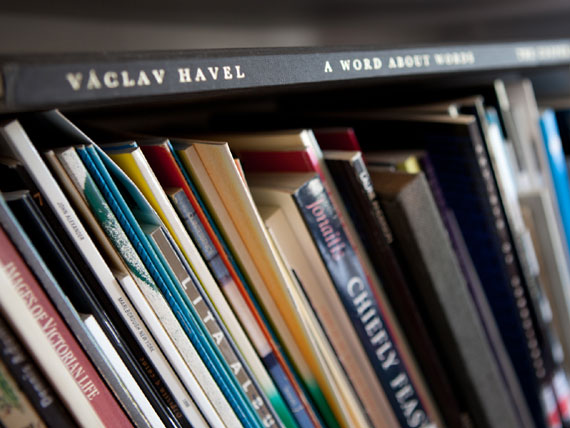 What models exist for expanding our limited resources and building our abilities to cultivate new audiences? Session leaders discuss their history and experience with long-term institutional collaboration with other organizations, highlighting best practices and missed opportunities, and help facilitate discussion of other models from around the country. Learn from peers at the convening of what has worked well, and where opportunities lie for further growth.

This session was led by Diane Barber, DiverseWorks and Kevin Chen, Intersection for the Arts.

This session was formatted as open discussion led by Diane Barber, Executive Director of DiverseWorks and Kevin Chen, Curator for Intersection for the Arts.  The context of the discussion was the nature of collaborations, the process of initiating partnerships, and what motivates them.

As a big cosmopolitan city in a red state, Houston, is a ripe environment for collaboration.  DiverseWorks and its partners thrive on individuals seeking to connect with like-minded Houstonians through shared culture.  The strength of Houston’s arts and cultural network is nurtured by mutual recognition of one another’s contribution to the art sector field-wide.  This acknowledgement helps the arts expand its reach and broaden its engagement with the City.

Institutional collaboration was a natural extension of DiverseWorks mission and interdisciplinary programming. Because DiverseWorks presents both visual and performing arts, they consistently seek ways to create programs that bridge and blend both disciplines. Their approach to partnerships parallels this internal organizational model.  Additionally, because DiversWorks’ is located within a primarily industrial warehouse zone isolated from pedestrian access, partnerships are pivotal to their ability to attract visitors and expand their audience beyond their immediate geography.

An attendee asked Barber to describe a successful collaboration.  Barber highlighted DiverseWorks partnership with the Aurora Picture Show, an organization that presents contemporary film in Houston.  When Aurora Picture Show lost its space, DiverseWorks converted part of their gallery into a cinema for Aurora’s programming. The partnership grew organically from a pre-existing friendship based on a complimentary aesthetic.  The partnership achieved the following:

Their collaborative efforts ranged from shared fundraising to co-curating and cross-promotion.  The issue of liability was minimal since their partnership reflected best-practices. Their partnership was motivated by trust generated from a long-term relationship between both organizations and multiple organic conversations around the nature of their partnership.

Conversely, DiverseWorks’ partnership with a Developer on a multi-tenant artists apartment complex has proven to be more complex and difficult in character.  DiverseWorks did not enjoy a preexisting relationship with the developer and the partnership is laden with legal implications and contractual obligations.  However, it was the most practical solution to what had been a 6 year development discussion within the organization.

The conversation turned to a discussion on alternative business models to the traditional 501(c)(3) and leveraging partnerships to generate income. Online partnerships and fees for services were referenced.  Smack Melon mentioned their collaboration with a real estate developer in New York who then went on to partner with a number of nonprofits proceeding their work together.  Although Watts House Project was ultimately denied a loan from the micro-loan firm LISK, the financial officer did offer some insight into the potential role of banks in nonprofit ventures, wherein the Loan Officers job is “to produce new financial architectures”. The question then is what are these new financial architectures?

Exit Art has generated revenue by partnering with the fashion industry and renting out their space for Fashion Week.  They are now beginning to develop corporate sponsorships on a project basis, by matching projects with an appropriate sponsoring company.  This serves both the needs of their audience and the needs of the organization because it extends their outreach.  Exit Art is located in a geographic limbo.  Their presence may attract local residences, but corporate sponsorship helps them indirectly engage a core audience outside of earshot.

Intersection for the Arts’ most visible partnership is also cross-sectoral. In 2010, Intersection launched a satellite art space within the Hub Bay Area- an open office space housing social entrepreneurs and innovators from both the public and private sector equally committed to fostering social change.  The collaboration was born as a result of multiple organizations competing for the same space.  Fortunately, the bidding parties shared similar interests and differed only by degree of perspective.  Once these various entities collide and cohabitate the potential for problem solving is enhanced by access to new resources.  Intersection’s proximity to start-up enterprises occupying the Hub space, has furnished their knowledge of start-up investment, seed funding and social entrepreneurship.

When it comes to cross-sector partnerships, the difference between content and product is an area of contention. The nonprofit sector traffics in content while commercial industries are primarily concerned with product.  Some contend that art is a service.  Why shouldn’t people pay for it?  In the arts, practice matters. As people cease to be defined as “consumers” and rather as “users” social entrepreneurs in the private realm appreciate the importance of practice.  The success of the Hub collaboration hinges on this type of mutual understanding.

Women and Their Work discovered an unexpected source of revenue through a 3 year partnership with a global tech firm that contracted with them to develop curriculum for a local high school. Although this was a one-time partnership, WTT is considering packaging the program as a scalable replicable service that can be sold and become a source of steady income. They just need to determine their customer base.  Likewise, Aljira’s educational program has traditionally been funded by grants, however the organization is now considering switching the cost to the receiver.  This means that the program will no longer be a free public service for receivers who are already underfunded.

Funders and corporate sponsors are eager to invest in activities that involve strategic collaborative partnerships, which they see as capital that can be leveraged.  In some cases, funders are even moved

to toward ownership of promising sustainable partnerships. The Slought Foundation presents a prime example of a foundation taking ownership of a successful strategic partnership.  Slought embarked an administrative collaboration provoking grant makers to put “their money where their mouth is”.  Initially, the funder was skeptical of the ultimate savings a back-office collaboration could produce.  In response, Slought presented them with parallel budgets comparing the savings gained through administrative collaboration with their current back-office costs. Reluctantly, the foundation funded a feasibility study. An independent financial analysis not only confirmed Slought’s economic theory but suggested that Slought had dramatically underestimated the savings potential.  Following the study, the Foundation put up $250,000(?) to support Slought’s collaboration with other organizations in hire shared administrative support such as a grant writer, bookkeeper, etc. Because of this triumph, the foundation began promoting and eventually even insisting that their grantees adopt similar collaborative measures.

Diverse identities and buy in from the Board of Directors are crucial to successful partnerships. A strong partnership often results in projects that wouldn’t otherwise get off the ground.   However, while common values and a shared language are key, shared programming is not necessary.  Some collaborations may even require an exit strategy since not all productive partnerships benefit from an indefinite marriage. Contracts allow for these types of provisions.  The Slought Foundation, for one, has conflict resolution built into their contract, although they maintain that no one has returned to the contract since its draft and approval.  In one example of a failed book project collaboration, a contract protected the organization from incurring revenue loss.  However, the consequence of this collaboration left the organization weary of repeating the gesture.

Watts House Project advised the group to consult their nonprofit attorney before pursuing partnership to ensure that they are sanctioned within the organizations charter.  At the conclusion of the session, on a very encouraging but mysterious note, one attendee informed the group that banks are beginning to rethink the loan process and are looking for opportunities to invest in community development post housing-market crash.  Her bank is currently considering a loan that would be forgiven after 7 years. 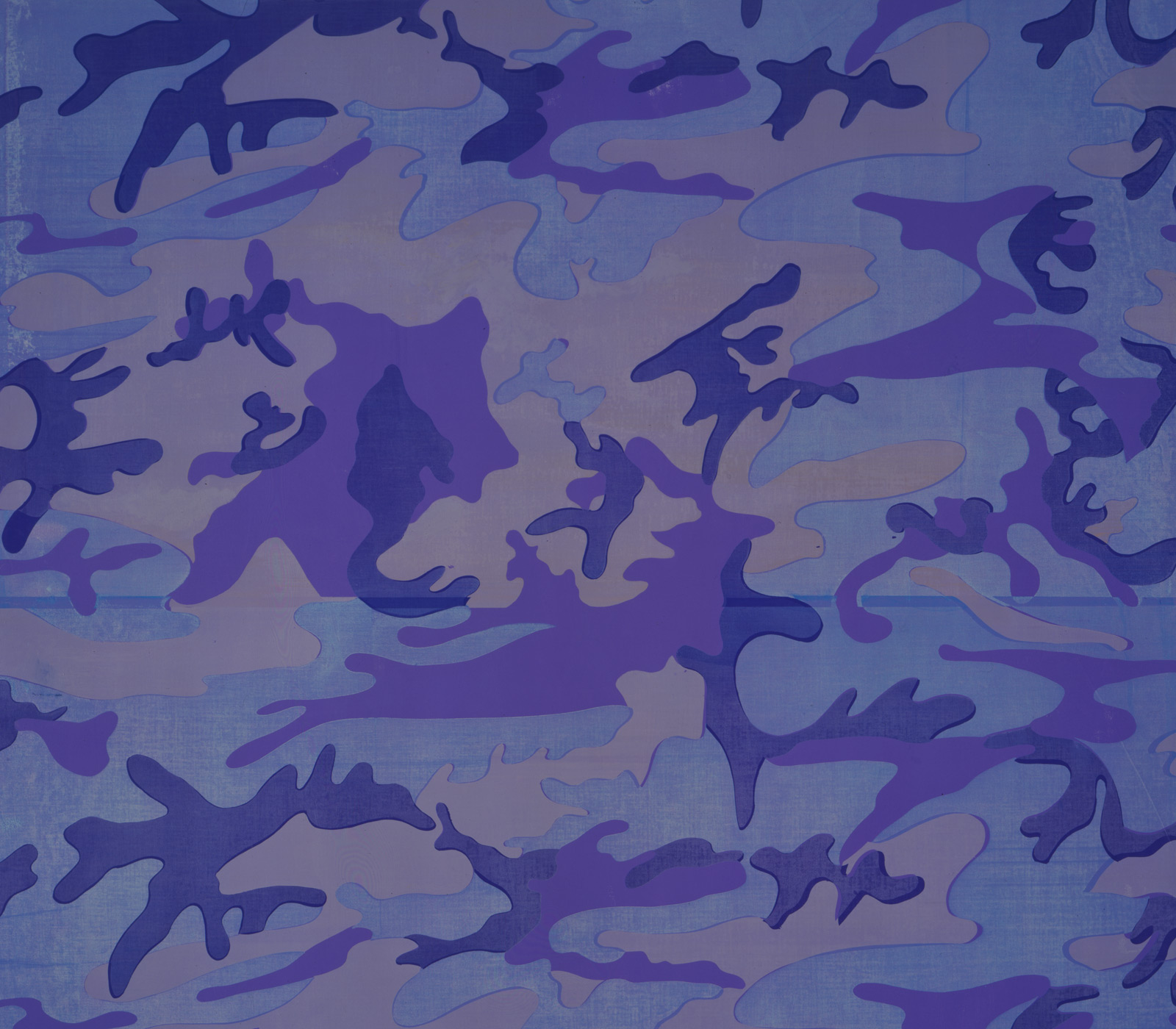